Ethio File
Home Politics Fifteen members of a terrorist group arrested in connection with a terrorist... 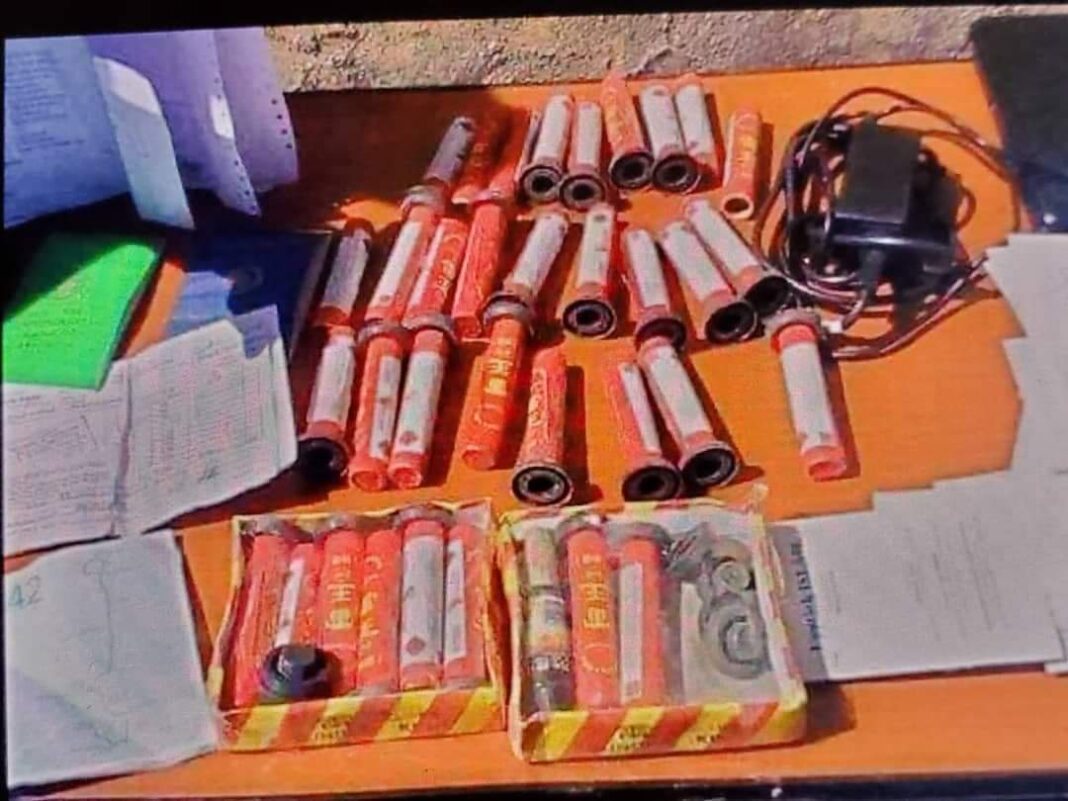 The National Intelligence Security Service (NISS) has been monitoring the situation in Addis Ababa, the seat of African and international diplomatic missions, following a series of terrorist attacks on the United Arab Emirates (UAE) embassy in Addis Ababa. He, along with the Federal Police Commission and other security forces, arrested 15 suspected terrorists.

The ministry said in a statement to the media that the terrorists, who had formed an undercover terrorist group and received a foreign mission from the terrorists, were planning to carry out a terrorist attack on the United Arab Emirates embassy in Addis Ababa, with weapons and explosives.

According to the statement, the National Intelligence and Security Service (NISS) has been working with other domestic and foreign intelligence agencies since November 2013 to establish a pre-emptive, research and intelligence-gathering operation in the United Arab Emirates (UAE) embassy in Addis Ababa. He was able to thwart the planned terrorist attack by monitoring and exchanging information.

The statement also said that some of the terrorists who were secretly planning to carry out terrorist attacks on the UAE embassy in Addis Ababa were carrying out large-scale weapons in an ambush near the embassy building.

Ali Ahmed Ardaito, a 35-year-old member of the group who was leading the group, was arrested in collaboration with the Federal Police Criminal Investigation Bureau, the statement said.

According to the statement, tens of thousands of dollars were sent to Ali Ahmed Ardaito to mastermind the terrorist attack. Another suspect, Mohammed Abdulqani, who was linked to the man and had been plotting to carry out the attack, was arrested a few days later. He announced the seizure of flammable materials and documents.

The statement added that the undercover group was preparing to carry out a similar terrorist attack on the United Arab Emirates embassy in Khartoum, Sudan, and that the National Intelligence and Security Service (NISS), which had previously received and monitored the information, had disbanded the network and worked with the Sudanese intelligence service. Pointed out.

The National Intelligence and Security Service (NISS) said in a statement that Ahmed Ismail had been arrested in Sweden under the auspices of the intelligence, security and intelligence services of the terrorist group.

The statement said that the terrorist attack on the United Arab Emirates embassy in Addis Ababa was foiled by the ministry’s coordinated monitoring and exchange of information with foreign and domestic intelligence and security agencies, in addition to Ethiopia and Sweden in connection with the international terrorist plot. He indicated that they had been arrested.

The arrests of 21 suspects in connection with the plot have been intensified, the statement said.

The arrested members of the terrorist group and their accomplices are being investigated by the Federal Police Commission’s Criminal Investigation Bureau, the ministry said in a statement.

The National Intelligence and Security Service (NISS) said in a statement to the media that members of the terrorist group were involved in recruiting, plotting and targeting terrorists at the UAE embassies in Addis Ababa and Sudan. .

The ministry further calls on the public to be aware of this and to strengthen their usual cooperation by providing information to the local security forces in case of any unforeseen circumstances.

Diplomats Urged to Foster Partnership for Success of Digital Transformation

Boxtrade Lands $50 Million in Another New Funding Round with IBM