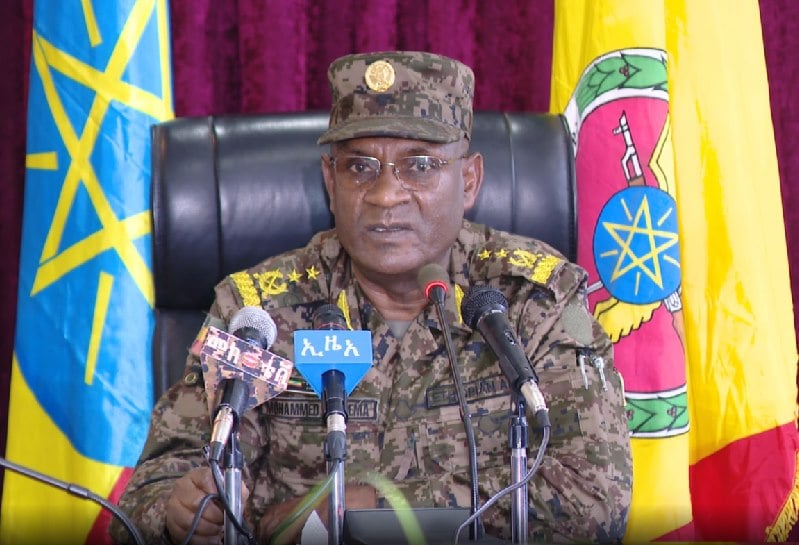 Director General of the Defense Indoctrination, Maj. Gen. Mohammed Tesema, reaffirmed that our army is ready to fight any force that may come against the sovereignty of our country.
Representatives of the Oromo Artists’ Association said during a visit to the Armed Forces Hospital to support members of the army who have been injured by law enforcement, “Our army is always ready for our country to be ashamed and honored forever.”
According to Maj. Gen. Mohammed Tesema, the junta, which violated the country’s sovereignty and dignity, will be buried forever. The people of Tigray have been freed from captivity and are reorganizing their own organization.
“Our entire army is armed for this victory,” he said.
Such public support is a guarantee that we will persevere in our mission to safeguard the country’s sovereignty and the security of our people in the future. It also increases our readiness, he said.
The ceremony was attended by the Director of Women’s Affairs, Maj. Gen. Tiruye Assefe, the Commander of the Armed Forces Comprehensive Specialized Hospital, Dr. Hailu Endeshaw, Brigadier General Ergo Shibeshi, representatives of the Oromo Artists’ Associations and members of the Armed Forces.

Things You Didn’t Know About the American Past Presidents

How Nancy Reagan Gave Glamour and Class to the White House