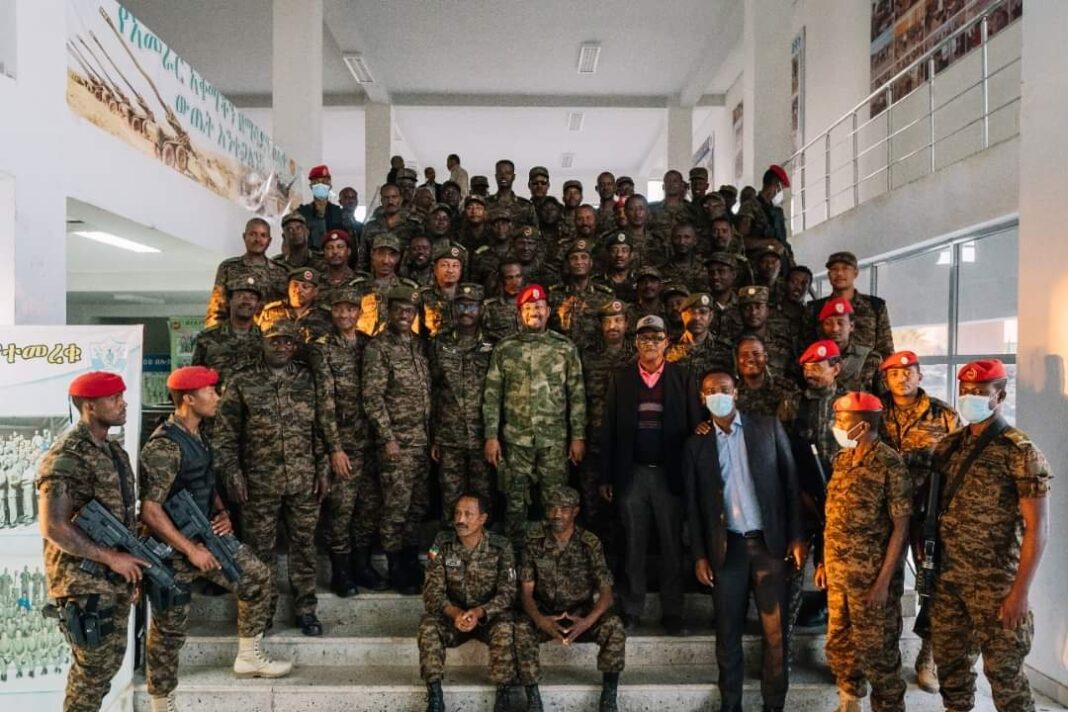 Prime Minister Abiy Ahmed is in Mekelle to hold talks with senior military officials who led the law enforcement process.

Prime Minister Abe reaffirmed the ongoing humanitarian assistance to the people of the region.

A number of senior military officers, including General Ababaw Tadesse and Lieutenant General Bacha Debele, attended the meeting in Mekelle.

He said the victory belongs to the entire Ethiopian people.

According to ENA, the victory over Junta is not a matter of pride but of ‘learning and ensuring Ethiopia’s continuity’.

He said the government will work hard to rehabilitate Tigray State.

He said humanitarian assistance to the people in the area would continue and that the government would support those injured during the rule of law.

In particular, they advised on the work being done to rehabilitate the region.

Five zonal and one special woreda administrations in the Southern Nations, Nationalities, and People’s Region...